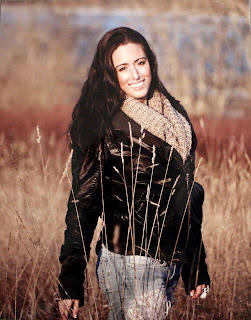 I had hoped to be beautiful and eloquent today while I described the one great love of my life.  I just can't do that today, sorry. I thought I had healed enough to start remembering Calista (her soul;  physical pictures are easy to paint). I missed one important point: one week. Exactly one week. Thursdays are going to be rough for quite a little while.

I mentioned yesterday that I had travelled over the wide blue straights to Comox to collect some of Calista's treasures. It actually went much better than expected. We retrieved all the photography equipment, her few expensive electronic pieces, her computer with all her outstanding course work (I have submitted at least one assignment  for her post-humously) and I found her iPhone mixed among the "evidence" the RCMP had collected. The iPhone was as dead as a winter-kill fish, which was kind of strange since it had sat dormant in an evidence locker for 6 days. I needed the contacts off it, so I charged it while we cleaned out the apartment. I did not check it otherwise,  just retrieved a few phone numbers off of it. Once it was charged, we took a couple of hours to frame my baby's pictures for the annual college show; her last submission for her college degree. I am going to finish her life for her as best as I can, starting with getting her stuff to that show.

Once we returned home I dumped the iPhone at the head of my bed without much thought. I did not think about everything my girl used that for, especially the fact that it was her only alarm clock. It was the alarm clock that woke her "Oh it's too early" on that final morning.

This morning I had a visit from a ghost. My daughter woke me up at exactly 6:05 am, just the same way she woke a week ago. With the iPhone alarm clock.  I scrambled to grab the phone, just as she likely did last week. My first words were "God, it's too early to get up". So my first words this morning were practically identical to the final words of her life.  Once it that thought occured to me, my sleep was pretty much done for the day and maybe tonight too.  The phone had burned up battery ringing her death knell at 6:05 am each day for the last 6 days.

The rest of my life is going to be filled with milestones on Thursday. First week has passed, then the first month will, then six months and eventually the anniversary. Hopefully, by next year I will have established the annual "Fallen Musketeer" show and it will keep my wife and I distracted for the day. Strange to believe that until now, I had always just considered Thursdays to be "Pub Night" at universities nearly everywhere.

Jesse gave us the most beautiful photo of Calista you can imagine. If she still alive I would absolutely love the photo. In time I will come to love it again, but right now I just see the most beautiful daughter a man could have had and I feel her absence with every breath I take.

If I can, I will try to live two lives now: one for my daughter and one for myself. I can only hope that everyone that knew and loved that girl will think the same thing and somewhere along the way we can make up for her loss. I will never stop missing Calista. I promise.